Ruben Says Selling to John Medina Buys Houses Made a Lot of Sense!

Drummer/Producer, and now, former Los Angeles resident, Ruben Ramos decided to finally make his move back to Texas for family/personal reasons, but then again, Texas is where he’s from. He also decided to sell his LA-area home but didn’t know how to go about doing that.

He had a friend who was a realtor, but then what? How much to list the house for and what to do to get the house ready. He was overwhelmed. After long discussions with his family and some of his friends, one of Ruben’s buddies suggested he contact John Medina Buys Houses prior to talking to the realtor friend of his.

His buddy suggested he start by calling and just asking a lot of questions. When Ruben did call, our acquisition manager, Peggy, was more than happy to answer each and every one of his questions. Should he sell his house to John Medina Buys Houses instead of going the conventional realtor route, he just didn’t know what to do. 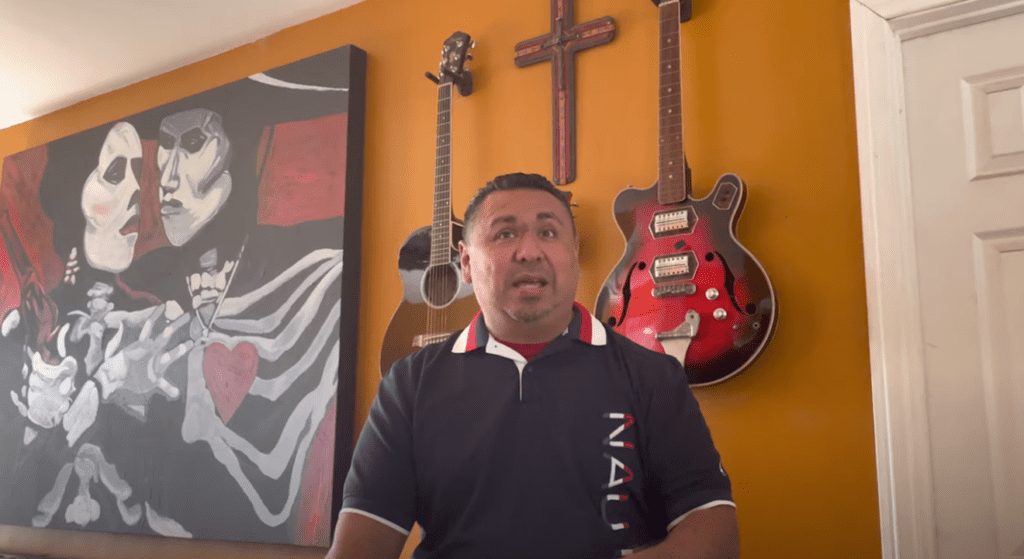 Ruben said he felt comfortable with what she had to say, but he still wasn’t convinced until we actually came out to his house, walkthrough, and personally discuss everything with him. Meeting up in person made Ruben feel even more comfortable. “It made me feel that, for me, because of work and my brother (in Texas) and everything going on in my life, it was going to be extremely difficult to try and go through the real estate route, the normal one, the normal route.”

Ruben said he never heard of selling a house for cash to a direct home buyer. “You know, this type of a process where somebody just buys your house, and so once it was explained it made a lot of sense to me!”

The sell-your-house-fast and “as-is” route soon became clear and an actual real path for Ruben to follow, but he still wanted to talk it over with to his family. He wanted their opinion and give them the real facts. After they all weighed the differences and the amount of money that was at play.

One of his friends suggested he may not get the right amount of money for the house if he were to sell direct. Maybe he would make more money selling through a realtor? But according to Ruben, in the end, that was never the case. “Through this whole process, I always felt it was all very fair,” he said.

Ruben maintains that he actually got a lot of value working with John Medina Buys Houses. In the end, a lot of his decision was also based upon our service as well as our patience. He liked the fact that we never pressed him to make a decision. After explaining the difference between selling (his home) direct to a real estate investor and selling with a realtor, for Ruben, it made sense to not have to go through all the intricacies of selling traditionally.

He liked the fact that we took care of everything. Not having to detail, stage clean and show the house, or wait for offers to come in. We gave Ruben a high-quality and fair offer. He made the money he needed to make upon selling to us. So all he had to do was pack what he wanted to keep, and we took care of the rest.

“What I’ve always learned in my side of my business is: how you make people feel is what will determine the relationship. I really, really, believe that and so that’s the way you made me feel, and in the end, I felt great!” When we asked Ruben if he would recommend us, he said, “I highly would recommend you again and again to all my friends and people that I don’t know — without a doubt I would recommend you!”

Ruben has since made his way back to his home state of Texas, he is with his brother and family and continues playing his music.

Let Us Give You a Cash Offer on Your California House!

Fill Out the Form

Just fill in the short form below and you’re all set! We’ll handle the rest and get the process started.

Get Your Cash Offer

We’ll call you to make an appointment to see your house and go over your cash offer.

Why Wait? Get Paid Now

If you like our offer, simply set a close date of your choice and we will get your cash ASAP!