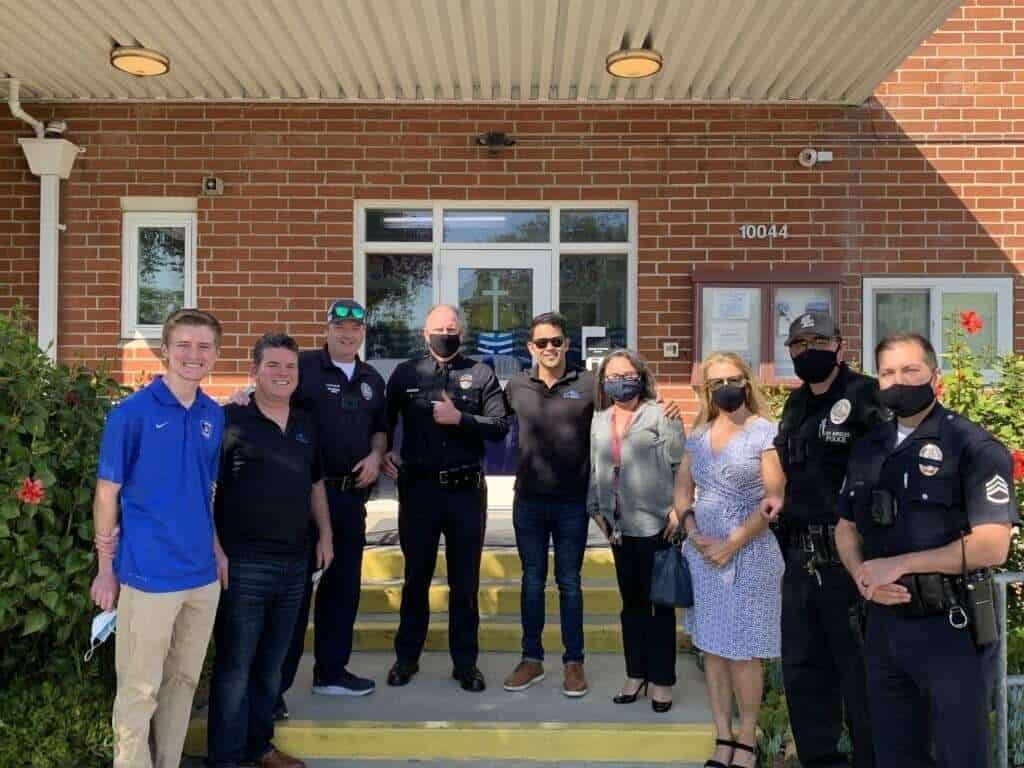 John Medina Buys Houses focuses on providing under-served communities’ children and families with tools to realize their own potential, go to college, as well as have successful careers. The company is invested in the future of children in the San Pedro and Los Angeles Communities. For every house bought and sold by John Medina Buys Houses a portion of funds received go to the charities the company cares for and supports including A Kid Like Me Foundation.

At the end of 2018, John’s San Pedro area family dentist and mother of Brennan Elming, the inspiration behind A Kid Like Me Foundation, alerted him about her son’s new venture. Medina determined his company was a perfect partner for A Kid Like Me given their mutual passion to serve underserved youth and their families in their shared community.

Elming, a senior honors student and varsity athlete at Bishop Montgomery High School, is also involved in student government and is a club leader and founder. In 2017, while participating in a school-sponsored football tournament with schools from less advantaged communities than his own, it became apparent to Elming that the kids he had been playing and socializing with that day were “just like him,” but that so many of those kids did not own any of the popular video and gaming systems that he and his friends were fortunate enough to own.

An active member at St. John Fisher Parish, serving as Head Acolyte, Eucharistic Minister, and Confirmation Teen Leader, Elming is very committed to community service, especially through assisting the homeless. Elming couldn’t believe how he just assumed that every kid his age had a gaming system of some kind. He decided that he needed to find a way to make a difference in the lives of disadvantaged kids and provide them the opportunity to own a game system too. So he took action to start the “A Kid Like Me Foundation” as a service project and began raising funds to purchase Nintendo Switch game consoles to gift to specific kids in South Los Angeles schools.

John Medina and A Kid Like Me Foundation alongside the LAPD and City of Los Angeles will continue their effort to seek out other deserving young students in the South Los Angeles area in the months ahead.

Officers Ortiz, Coughlin, Busiere, and Captain Brockway work in the LAPD Community Safety Partnership Bureau which is responsible to ensure the safety of the citizens of the Watts community. Officer Coughlin was integral in connecting all the parties together to make the day a special one for Pedro.

About John Medina Buys Houses – John Media Buys Houses is a professional home buying company that holds a passion for helping people, improving neighborhoods, and “giving back one house at a time.” John and Yvette Medina are the founders of John Medina Buys Houses, considered one of the best companies that buy houses for cash in the Los Angeles area. For more information visit: https://johnmedinabuyshouses.com